A new church plant in the Redland Community of Elmore County, Alabama

At the very end of 1994 a new bridge crossing the Tallapoosa River was constructed that created a new major route to get to the city of Montgomery.  With easy access to the growing east side of town, new residential areas have also sprung up- Emerald Mountain, Grand Ridge Forest, Brookwood, Windsong Ridge, Stonegate, & Jackson Trace, to name a few.  As a result, the previously obscure zip code of 36093 grew an astounding 42% from 2000-2010. 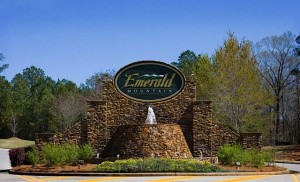 Such significant population growth necessitated a new school and in 2009 Redland Elementary opened.  Before the school ever opened local leaders had to proceed with the building expansion to make way for the eventual 800+ kids that would fill the school.  A great school was further motivation for continued population growth.

Despite such significant population growth, very few new churches have been planted in the area.  Many people who move from Montgomery to Elmore County simply retain their church home in the city.  We have observed that many people grow weary of driving back in town or crossing the toll bridge one 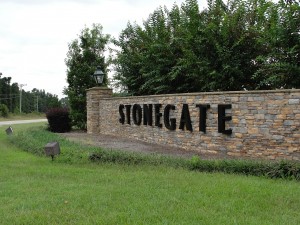 more time on the weekend and often go nowhere.  Numerous conversations with neighbors reflect a desire to participate in something close to home.  Although there are several growing and active churches in the community, the options are few.  The 2010 U.S. Religious Census found that only 47% of the Elmore County population is affiliated with any church (compared to a statewide average of 60%).

Despite being right in the middle of the “Bible Belt,” Elmore County has 53% of its population that doesn’t claim a church.

Multiple families that live in the Redland community have come together in faith to begin forming this new church community. We are excited to launch, in partnership with Mission Alive, the Redland Hills Church.  Two families began a journey together in March 2013 that would eventually lead to a core team of 5 families.  In the fall of 2013 we officially organized and began planning, training, and equipping.  On January 26, 2014 we launched our public worship gathering at the Brookwood Neighborhood Clubhouse.  Since that time we have grown to about 60 people (about 20 families).  We have been incredibly blessed to have so many from the local community worship with us and to meet new neighbors.  We look forward to seeing what God will do in the coming months and years as we follow him in faith.

For the guiding vision of this new church family, click here.